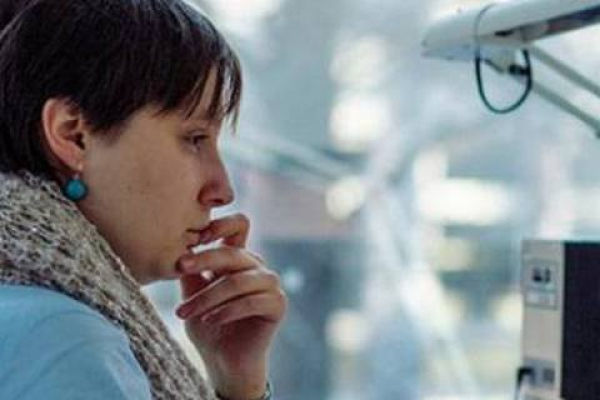 The SASTRA Ramanujan Prize was founded in 2005 by the Shanmugha Arts, Science, Technology & Research Academy (SASTRA) in Kumbakonam, India. It is named after Srinivasa Ramanujan (1887-1920), the famous Indian mathematician who made remarkable contributions to mathematical analysis, number theory, infinite series, and continued fractions, despite having almost no formal training in pure mathematics.

As Ramanujan died at the age of 32, his namesake Prize has the same age limit for its candidates. The Prize, currently $10,000, is awarded every year to a young mathematician judged to have done outstanding work in Ramanujan's fields of research.

Maryna Viazovska was born in Kiev in 1984. She received her BSc in Mathematics in 2005 at the Kyiv National Taras Shevchenko University, her masters from the University of Kaiserslautern (2007), and her PhD in 2013 from the University of Bonn. Since then, she has received several awards and recognitions including the Salem Prize in 2016 and the Clay Research Award in 2017.

The Prize will be awarded in December 21-22, 2017 at the International Conference on Number Theory at SASTRA University in Kumbakonam (Ramanujan’s hometown) where the prize has been traditionally given each year.

From the SASTRA press release: “Maryna Viazovska is awarded the 2017 SASTRA Ramanujan Prize for her stunning and elegant resolution of the celebrated sphere packing problem in dimension 8, the proof of which appeared in her paper in the Annals of Mathematics (2017), and for her joint 2017 paper in the Annals of Mathematics with Henry Cohn, Abhinav Kumar, Stephen D. Miller and Danylo Radchenko, which resolves the sphere packing problem in dimension 24 by building on her ideas in dimension 8. The prize also recognizes her outstanding PhD thesis of 2013 at the University of Bonn in which she resolved significant cases of the Gross-Zagier Conjecture and her work prior to her PhD with A. Bondarenko and D. Radchenko resolving a long standing conjecture of Korevaar and Meyers on spherical designs, that appeared in the Annals of Mathematics in 2013. The prize notes that the modular forms techniques developed by Viazovska will have a significant future impact in discrete geometry, analytic number theory, and harmonic analysis."