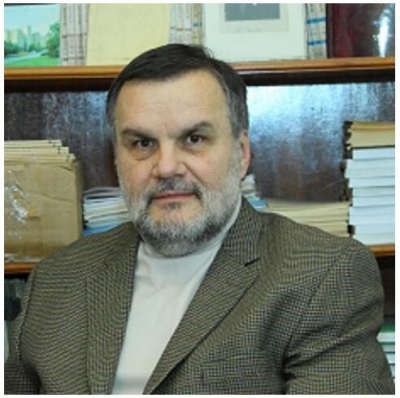 Igor Dmitrievich Chueshov was born on September 23,1951, in Leningrad, in the former Soviet Union. His parents were Dmitry and Alexandra Chueshov.

Igor died of Acute Leukemia on April 23,2016, in Kharkov, Ukraine. For most of us, this was shocking and completely unexpected news. He was only 64 years old.

Unfortunately, we were not able to retrieve any information about his childhood and youth, and his school years in the former Soviet Union. It is reported that his hobbies were white water rafting and carpentry.

He leaves behind his wife Galina and two sons Constantin (born 1979) and Gennadiy (born 1983), both living in California.

In 1968, at the age of 17, Igor started his higher education in the School of Mechanics and Mathematics at Kharkov State University.

While in the West Mechanics is typically part of Engineering Schools, the combination of Mechanics and Mathematics in one Faculty/School was a characteristics of the former Soviet Union resulting in an abundance of excellent graduates with a broad as well as deep knowledge and understanding of Mathematics, Mechanics, and Physics. Important Schools were (and still are) the ones in Moscow, Leningrad/Sankt-Peterburg, and Kiev. This tradition is being continued in Russia, Ukraine, and other states of the former Soviet Union. 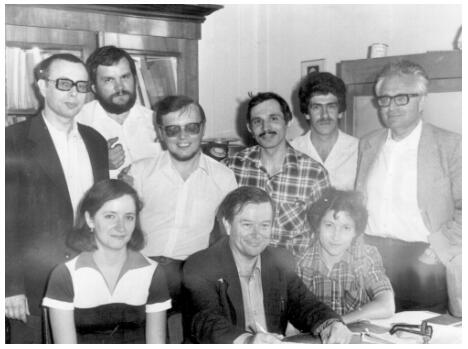 Staff of the Department of Mathematical Physics and Numerical Mathematics, Kharkov University, 1980 (Courtesy of Iryna Ryzhkova-Gerasymova)

Igor finished his graduate studies at Kharkov State University in 1973 and immediately continued to work towards the Candidate of Science degree at Kharkov which he received in 1977. By definition, the degree, introduced in the USSR in 1934, is awarded "for original research that constitutes a significant contribution to a scientific field", and is equivalent to a PhD according to UNESCO. Igor's Candidate's Thesis was supervised by Professor Scherbina and dealt with some problems arising in Quantum Theory.

In order to be eligible for the position of Full Professor it was and still is required that one receives the Doctor of Science degree which is equivalent to Habilitation in Germany and other countries. Igor received the degree in 1990 with a dissertation devoted to a mathematical description of nonregular long-time behavior of infinite-dimensional dynamical systems arising in the Theory of Nonlinear Oscillations. The committee members of the doctoral dissertation were Professors M.I.Vishik, N.F.Morozov, and E.Ya.Khruslov, and his official title was Doctor of Physical and Mathematical Sciences.

In 2009, Igor was bestowed with the honor of becoming a Corresponding Member of the National Academy of Science of Ukraine.

The years at the School of Mechanics and Mathematics of Kharkov University shaped and moulded Igor's life-long scientific interest in mathematical problems arising in Mechanics and Physics.

While his PhD thesis and ensuing publications deal with dynamical problems arising in Quantum Theory, most of his further research is concerned with nonregular and long-time behavior of infinite-dimensional dissipative dynamical systems arising in Mechanics and Physics.

He investigated both deterministic and stochastic dynamical systems generated by nonlinear partial differential equations. In particular, he proved well-posedness and the existence of finite-dimensional attractors for the von Karman evolution equation along with its variants. He studied the continuity properties of these attractors.

He developed the theory of inertial and approximate inertial manifolds for a wide class of deterministic and stochastic systems.

The main application of these investigations was to the nonlinear flutter problem in air-space systems and turbulence phenomena for certain semilinear parabolic partial differential equations.

Between 1976 and his untimely death in April 2016 he published more than 150 scientific articles, most of them in first class journals, several textbooks and research monographs (cf.the References, where only his books are listed). I counted at least 40 co-authors and collaborators from numerous countries, documenting Igor's scientific leadership and his ability of sharing problems, methods and results with others. Irena Lasiecka (University of Virginia, presently at the University of Memphis) was Igor's main collaborator from 2002 to his death, with 27 joint publications, including two books. Their work systematically explored, in particular, Igor's method of quasi-stability for various classes of infinite-dimensional systems. Quasi-stability means that any two trajectories of the system stabilize to zero, modulo a compact term. This allows to reduce asymptotically the dynamics to a finite-dimensional and smooth structure.

Igor was a devoted and excellent teacher teaching courses on all levels. For several courses he prepared Lecture Notes which were printed and published by Kharkov University.

Former PhD students describe him as a supervisor who expected a lot of independence from his students. He would just outline the general direction and leave it to the students to formulate concrete problems and questions, hence kindling their creativity and fostering their independence right from the beginning.

● A.V.Rezounenko: Long-Time Behaviour of Solutions to a Class of Retarded Partial Differential Equations, 1997

● A.S.Shcherbina: Asymptotic Behaviour of Solutions of the Dissipative Zakharov System, 2006

● I.A.Ryzhkova: Asymptotic Dynamics of a Thermoelastic von Karman Plate in a Gas Flow, 2008

Igor was a regular and frequent visitor of the Institute for Dynamical Systems of Bremen University between 1997 and 2002. His first visit was in Fall 1997, after I had just finished the manuscript of my monograph on Random Dynamical Systems, hence was open to new challenges. Igor proposed to investigate Order-preserving (or Monotone) Random Dynamical Systems, as they promised a wealth of interesting results and have numerous important applications (e.g.for Cooperative Random and Stochastic Differential Equations). During 1997 and 1998 we wrote and published three papers. We were particularly fond of our Limit Set Trichotomy Theorem for sublinear systems. Igor asked me to co-author a book systematically presenting our results. I had, however, lost so much blood during the seven years of writing the above monograph that I declined. Igor then spent the whole Academic Year 2000/2001 in Bremen and finished the beautiful Springer Lecture Notes in Mathematics volume Monotone Random Systems --Theory and Applications (2002) (cf.References).

In 2001 we received a DFG grant to investigate the stability (and possible capsizing) of ships in random sea, the latter being modeled as a stationary random field. We would not have been able to write down and analyze the equations of the ship as a rigid body partly immersed into the random sea without Igor's profound knowledge of Mechanics and PDE theory. By using Random Dynamical Systems methods we could in particular prove that capsizing of the ship (i.e. disappearance of the random attractor) could happen without being announced by a series of stochastic bifurcations.

In 2001 I visited Ukraine for the first time and attended a stochastics conference in Lviv (today Ukrainian, between the World Wars Polish (Lwow), and before part of the Austrian Empire from 1772 to 1918 (Lemberg)). Igor wrote me a few introductory sentences for my talk in Ukrainian (well-received by the Ukrainian colleagues). The official presentation of the history of Lviv University at the conference started in 1945, without any mentioning of the glorious Mathematical School between the wars (with Banach, Orlicz, Steinhaus, Mazur, Ulam, Schauder, Kac, Kaczmarz, Kuratowski, to name a few), documented in its journal Studia Mathematica. Igor showed me Lviv, and together we searched in vain for the legendary Scottish Café. 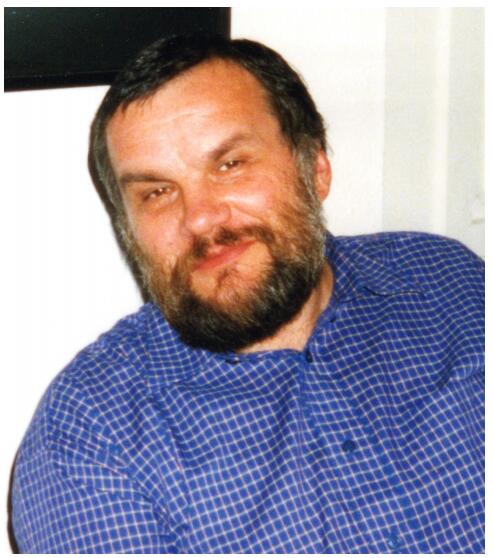 When Igor was in Bremen, we always had a great time. He enjoyed one or two beers at a pub after work. My wife Birgit liked him a lot and called him the Ukrainian bear for obvious reasons. We had numerous dinners at our place and at restaurants with the many visitors passing by our Institute. His son Constantin came to Bremen for some time. Igor joined us several times for an opera performance (I remember Tosca, Cosi fan tutte, and an outstanding performance of Shostakovich's Lady Macbeth of Mzensk).

During 2014/2015 we exchanged several emails (subject: Ukrainian Hassle) discussing the situation in Ukraine after Russia had occupied Crimea and encouraged a pro-Russian rebellion in some parts of Eastern Ukraine. He was extremely concerned and outspoken and called the situation 'very dangerous'. 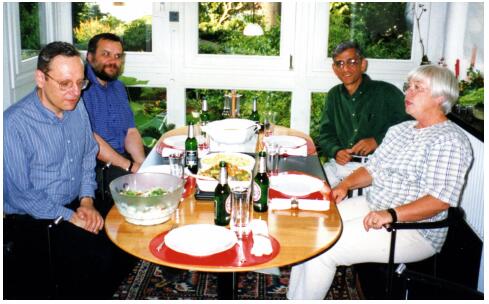 Some of Igor Chueshov's scientific highlights and lasting results

Here is a collection, certainly incomplete (for which I apologize) and unbalanced, of results which colleagues have achieved in collaboration with Igor, and which they consider important.

● Existence of a global finite-dimensional attractor for PDE with constant delay (with Louis Boutet de Monvel and Alexander V.Rezounenko, 1995-1997)

● Comparison principle and structure of the global attractor for quasilinear random parabolic PDE (with Pierre Vuillermot, 1998)

● Existence of a non-random global attractor, evaluation of Lyapunov exponents for stochastic parabolic PDE with Stratonovich noise (with Pierre Vuillermot, 1998)

● Existence of inertial manifolds for PDE with delay (with Louis Boutet de Monvel and Alexander V.Rezounenko, 1998)

● Existence of a global random attractor and stability properties for stochastic parabolic PDE with Itô noise (with Pierre Vuillermot, 2000)

● Stochastic parabolic PDE in population dynamics and population genetics: exchange of stability and phase transition between the components of the global attractor (with Benjamin Bergé and Pierre Vuillermot, 2001)

● Ship stability in random sea: Capsizing (i.e.disappearance of the random attractor) can happen without being announced by a series of stochastic bifurcations (with Ludwig Arnold and Gunter Ochs, 2004)

● Infinite-dimensional noise in systems of parabolic PDE: comparison principles and existence of invariant sets, with applications to Lotka-Volterra and Ginsburg-Landau systems (with Pierre Vuillermot, 2004)

● Synchronization of SPDE on thin two-layer domains: noise can lead to a chaotic deterministic attractor becoming a singleton set as the domain thickness goes to zero (Tomás Caraballo and Peter Kloeden, 2007)

● Existence of a global finite-dimensional attractor for PDE with state-dependent delay (with Alexander V.Rezounenko, 2015)

● Stochastic model for the dynamics of blood channels (with Björn Schmalfuß, 2015) 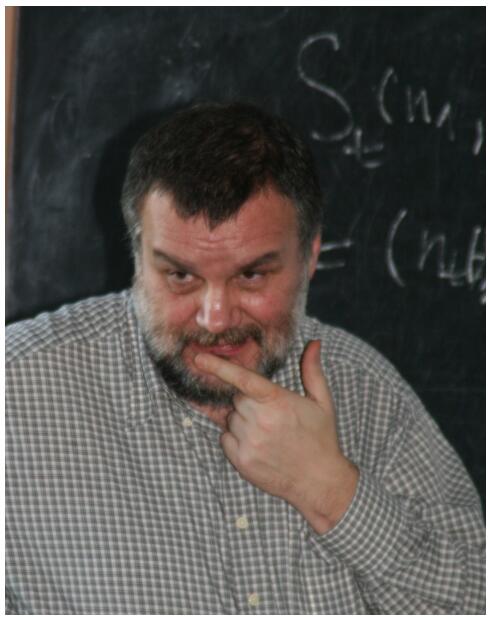 I am indebted to Iryna Ryzhkova-Gerasymova for providing several photographs and additional information about Igor as a teacher and thesis supervisor. I thank Igor's son Constantin for providing several valuable comments. The input of many coworkers of Igor to Section 5 is gratefully acknowledged. 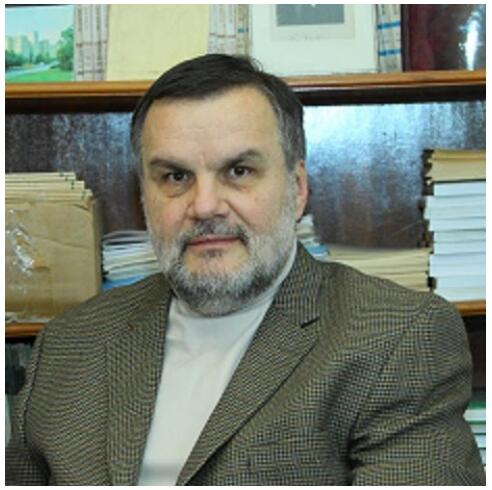